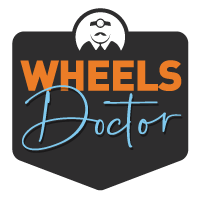 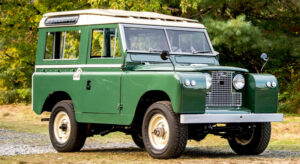 The history of The Land Rover starts from 1947. The defender was an off-road car produced by Land Rover which has been in continuous development since its introduction, always maintaining a remarkable coherence in its technological vision, which has been maintained since the first models to the current ones, produced more than half a century later.

We are talking about a truly exceptional case: the production of the same car, with hardly any changes, for 68 years. 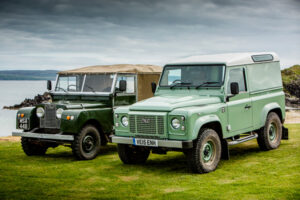 Originally marketed under the name “Land Rover” it evolved with slight updates successively called Series I, Series II, and Series III; until, in 1983, it acquired the definitive name of Land Rover Defender whose image would end up becoming one of the most representative.

Widely admired around the world for its ability to reach some of the most inaccessible parts of the planet, the Defender is characterized as a car designed for off-road use, with an instantly recognizable design and its distinctive silhouette.

Clearly, 4×4 skills, designed for optimum durability. Land Rover Defender is intended for those looking for a car with a character capable of tackling very complex scenarios and succeeding with a land rover defender price of 54,800 euros.

Own and groundbreaking aesthetics in every corner 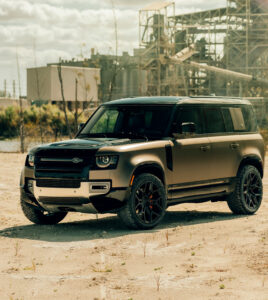 Unlike its ancestors, the new land rover experience stands out in terms of quality, comfort, and technology with a clear commitment to modernization.

A four-cylinder 2.0 Turbo engine with 300 hp and 400 Nm, and a 6-cylinder 3.0 Turbo engine with 400 hp, 550 Nm, and 48-volt semi-hybrid technology transmission consisting of an 8-speed torque converter automatic gearbox with reduction gear. The traction is all 4 wheels permanently, being able to count on locks for the center differential and the rear axle differential,  diesel engines the mechanics are a 2.0 4-cylinder turbodiesel available in a version of 200 hp and 430 Nm or 240 hp and 430 Nm. 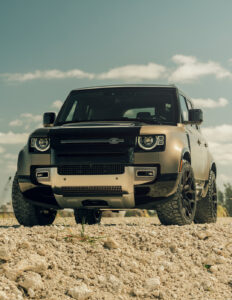 To more than overcome all kinds of obstacles.

All the 4×4 capabilities of the Land Rover Defender are controlled through the Terrain Response 2 system, an electronic control system that selects different profiles to improve traction capable of tackling uphill and downhill slopes of up to 45º, reaching the same figure for side slopes. In the towed section we find a maximum weight of 3,500 kg for the Defender that is marketed in Europe.

Specially designed for SUV of the year.

Enhanced with the UV-4 wheels this new sports car has a complex aesthetic plus Vossen’s machining touch that always ensures the utmost precision whilst shaving excess weight wherever possible offering hand-brushed, polished, and perfectly powder coated wheels. A mix that can handle extreme terrains and confidently takes you from the urban jungle to shifting sands and icy environments not losing style and confidence.

These dimensions vary depending on the chosen configuration, especially in the suspension section since the Defender installs conventional spring suspension as standard, but optionally you can install an air suspension that allows you to modify the height of the vehicle in different positions.

Representing 70 years of innovation and improvement, these cars embody style, comfort, and the latest technology, like no other making it so much more than a sports car.